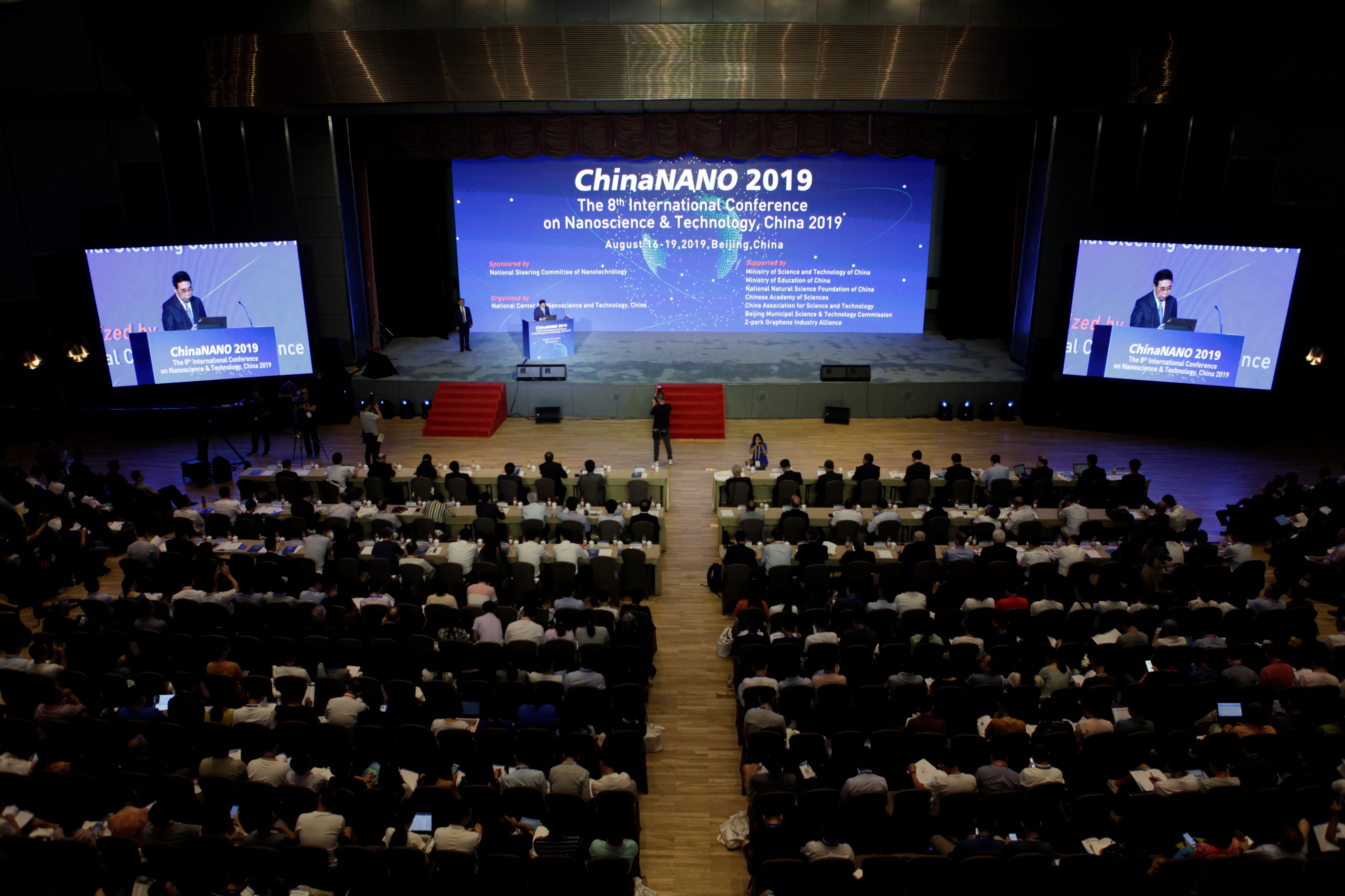 China has become a global powerhouse in nanoscience research and will continue to collaborate with other countries to maximize its potential, especially in sectors such as chemical engineering, biomedicine and electronics, a top scientist in China said on Saturday.

Thanks to strong governmental support, more research funding, and active international cooperation, China is now the largest contributor to the most-cited papers related to nanoscience and technology, Bai Chunli, president of the Chinese Academy of Sciences, said during the opening ceremony of the 8th International Conference on Nanoscience and Technology in Beijing, which ends on Monday.

"The Chinese government has identified technological innovation as one of the key drivers for economic development in the next decade," Bai said. "There is no doubt that nanotechnology will play an indispensable role in many strategic and emerging industries."

Despite China's recent achievements, "the industrial impact of China's nanotechnology is limited and there is still a gap between research in nanoscience and the commercialization of nanotechnology," he said. "Maximizing the potential of scientific discovery and transforming patents into products are still challenging tasks."

Nanoscience is the study of extremely small things - down to 1 nanometer, a unit of measurement that is a billionth of a meter. At such a tiny scale, the properties of materials are often drastically different: alloys that are weak or brittle can become strong and ductile, while compounds that are chemically inert can become powerful catalysts.

The global nanotechnology market is predicted to exceed $125 billion by 2024, with growing applications in energy, biomedicine, information devices and environmental science, according to a white paper on nanoscience published by Springer Nature, a publisher of academic journals, on Saturday.

Based on Springer Nature's data, China has been the fastest-rising star in nanoscience research in the last decade. The number of journal articles about nanoscience by Chinese researchers grew from 14 in 1990 to nearly 70,600 last year.

The quality of Chinese papers has also improved remarkably in the last decade, the white paper said. The number of high-quality Chinese nanoscience papers grew from around 1,300 in 2012 to over 4,100 last year, overtaking the United States for the first time as the global leader in high-quality nanoscience research output. The US published 4,000 such papers last year.

However, concerns exist about the expanding use of nanotechnology and nanomaterials, including the threat to health posed by nanoparticles that are inhaled or absorbed via the skin, and contaminated metals in carbon nanotubes, the white paper said.

In China, studies on the environmental impacts of nanotechnology are still lacking compared with other countries, and more independent, third-party agencies may be needed to evaluate potential side effects of nanotechnologies, in close collaboration with academia, industry, the market and government, it added.

Bengt Fadeel, a professor of medical inflammation research at the Karolinska Institutet in Sweden, said he has been impressed by China's progress in nanoscience and technology, especially in fields such as nanomedicine.

"Nanotechnology is a very interdisciplinary field, and international cooperation remains very important," he said. "At the end of the day, we want to solve common, global problems, and it makes a lot of sense to exchange knowledge and talent."

Jose Oliveira, the vice-president and editorial director in China for academic journal publisher Wiley, said China has consistently increased its research funding for nanoscience, whereas in the rest of the world it has been in decline.

"China has invested a lot in setting up collaborative networks and is very good at building new centers, connections and institutions that are attracting top talent from overseas," he said.

Benjamin Eggleton, director of the University of Sydney Nano Institute, said there are many great opportunities for collaboration between China and other countries in nanotechnologies, particularly in medicine, energy storage and tackling water and soil pollution.